Previous Next
Subscribe to receive our DAILY FREE tips with success rate of 80%!

CS:GO: How does it work in competitive world

Counter-Strike: Global Offensive is one of the most important games in eSports history. More recently the title of Counter-Strike, the "CS:GO" represents what the electronic sports has best: full calendar of championships around the world, full arenas, a huge community, many pro-players with fantastic APM (action per minute) and millionair prizes. 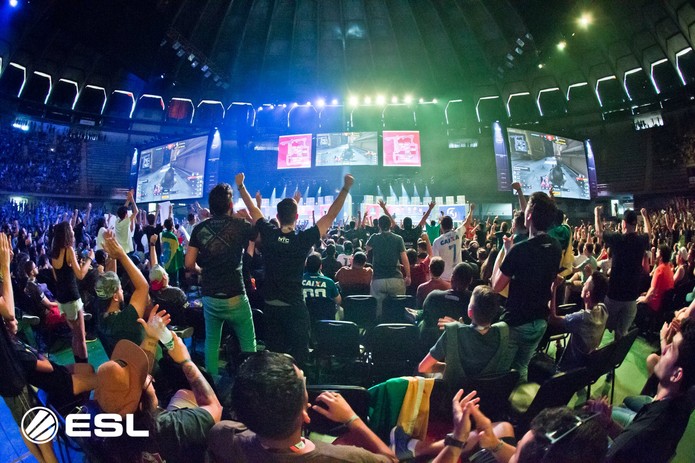 Whilst CS:GO has many game modes, in championship only competitive game mode is allowed. 2 Teams of five fight each other, one of the teams will be the terrorists and the other one counter-terrorist squad. The goal for both teams is to kill each other, or depending on the team, to accomplish their team goal, for terrorists that would be plant the bomb and defent them for a couple of seconds and for the counter terrorist squad to defuse the bomb in time.

The maps are also restricted by rotation which happens time to time. Currently there are 7 maps that are used in championships: Cache, Inferno, Mirage, Train, Overpass, Nuke e Dust2. The last one replaced Cobblestone in the last rotation.

The game is made of rounds, each round has 2 minutes of duration. The team that gets to 16 points wins. In a draw scenario where each team gets to 15 points, the game gets extended for more 6 rounds. Wins the team that does 19 points in the end. If again, the teams draw at 18 points, another 6 rounds is played. Championships are done of Best of One (Bo1) or Best of Three (Bo3). Each team is allowed to ban 2 maps. In a few exceptions, the finals are done in Best of Five (Bo5). 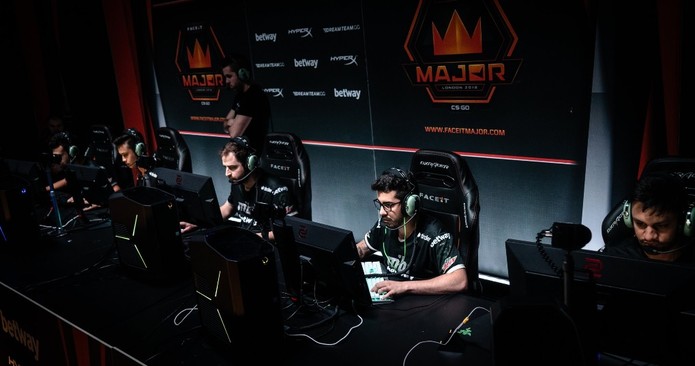 Valve, owner of CS:GO, does 2 tournaments per year. They are called "Majors". This tournaments are also the ones with the best prizes for the pro players which can round to a total of US$1 Milion.

In Majors, there is also published some customization items like the teams logos, that are later purchased by the players around the world. 30% of this sell goes to the team directly to help them along the way.

CS:GO is open. Which means that each season has a lot of tournaments that does not have relation between each other. Some of these competitions are: ESL, ESEA, FACEIT, PGL, BLAST, ELEAGUE, DreamHack, StarLadder, WESG, and many others.

The two biggest regions in CS:GO is Europe and North America. They are historically the two regions with the most championship titles and where the community is huge. Consequently both regions prioritise this tournaments and these tournaments usually have more slots for teams of that region.

One important detail is that in CS:GO the nationality of the team is not determined by the player where the team lives but by the majority of the players' nationalities. 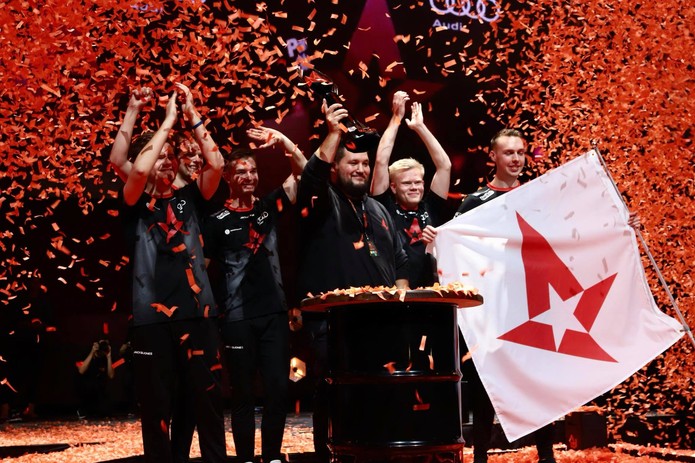 In contrary of many other games, the asiatic market is small when it comes to the big stages of CS:GO. However one slot is reserved to this region, and the number of teams have been increasing over the years, as example you have the chinese team Tyloo Gaming and the korean MVP PK.

In the US, you have the Team Liquid and Cloud9 whom have made history in the CS:GO. However in 2016 it was a Brazilian team Luminosity Gaming that won the MLG Columbus. Another big organisation that retired recently was the Team SoloMid. In the europe you have the FaZe Clan which has been consolidating over the past few years as the best european team.

In the recent years, in Brazil MIBR is the best team so far, they became the world championships in 2006 when they won the ESWC. They are Gabriel "FalleN", Marcelo "coldzera", Fernando "fer" and Epitácio "TACO".

In the european side, we have the swedish Fnatic and Ninjas in Pyjamas who are among the lengends in the world. The russians Virtus.pro, who are represented by the polish in CS, who too made history. In France, kennyS and his colleagues put G2 in the world. In Russia and Ukrania the favourite is without any doubt Natus Vincere.